Welcome to GPOP!  2020 marks our association’s 25th anniversary, which we will celebrate at our May 2-3 conference in Montreal.

In 2015, we celebrated our 20th anniversary with the establishment of a Board of Directors, adoption of by-laws, and the launch of our new name and logo. GPOP is the short and snappy version of our formal name, CICan:GPOP|PGBDG. We are a network of individuals contributing to Canadian post-secondary institutions as board professionals and/or as president’s assistants. 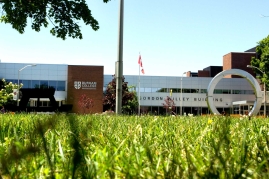 We are an independent, national body, with membership that is currently primarily English speaking. As we continually welcome peers who serve as the right hand of their respective board or CEO within any public Canadian college, institution, cégep, university or other organization within the Canadian post-secondary education sector, we ratified our name change in both English and French. In launching our new name, we also proudly reflect our alignment with CICan, Colleges and Institutes Canada.

Formally, we are CICan:Governance and President’s Office Professionals(GPOP) or, in French, Professionnels de la gouvernance et des bureaux des directeurs généraux de CICan (PGBDG) . If you qualify for membership and would like to learn more, check out the drop down menus under the ‘About’ tab.

We appreciate all members who have contributed to GPOP’s evolution over the past 25 years, and particularly applaud our founders: Margo Baptista (March), Cathy Check, Marilyn Halsall, Glenys Lafrance, Pat Maertz, Jennifer Tribula and Wendy Wait. See below for a look at some of the milestones in our 25 years to date.

Thanks for entering your reply here. Cancel reply

Content and photography copyright © 2014-2015 GPOP|PGBDG or the contributing individual, college or institution